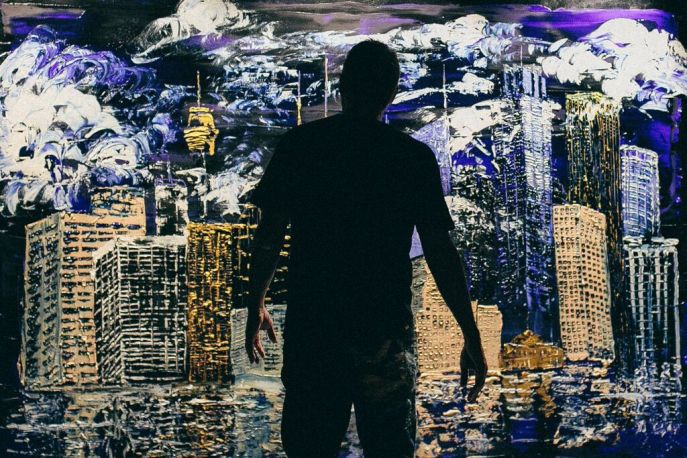 Acts 7:9-10 These sons of Jacob were very jealous of their brother Joseph, and they sold him to be a slave in Egypt. BUT GOD was with him and delivered him from his anguish.

Even our closest friends and family can turn against us, BUT GOD delivers us from their plans.

Joseph was the favourite son of his father. He would report on his brothers to his father. This didn’t help his relationship with them. They hated him. Joseph had a dream that one day he would be a great ruler. In fact his dream included his family. He saw himself ruling over his family. This increased the jealousy and hatred of his brothers. They could stand it no longer and decided to kill him. They threw him down a pit and left him to die, but then when they saw slave traders coming by they decided to sell him to them.

Sometimes the worst things that happen to us are actually part of an incredible plan of God. He is fulfilling our dreams. So many things seemed to keep working against Joseph’s life, yet all of them were actually working for him. He was sold as a slave to a man called Potiphar, once of the King of Egypt’s chief men. Potiphar began to prosper simply because Joseph was looking after the man’s affairs. However, another bad day came when Potiphar’s wife falsely accused Joseph of attempting to rape her. This landed him in jail. However, again he quickly rose to become the ruler of the prison. He interpreted the dreams of others yet they forgot him when they could have helped him. Eventually the King of Egypt had a dream neither he nor anyone else could understand. Someone Joseph had once helped remembered him and told the King of his gift to interpret dreams. Joseph was summoned. Immediately he interpreted the dream for the King and then also gave some advice to the King. The dream indicated there would be seven years of prosperity, then seven of drought. Joseph advised the King to store up from the prosperous years rather than consume it all and then the he would be able to feed his own nation but also sell to all the others during the scarce years. The King was astonished at his insightfulness. He made him second only to himself in power over Egypt…

We can think our dreams are dead and that we have been forgotten by God, but Joseph kept a great attitude, He helped others when he himself was in distress. He kept believing. Eventually his ‘day’ came, and on that day he went from the prison to the throne. Don’t forget the God factor in your life.

This is an excerpt from my book ‘But God’, if you would like to read more of it you can purchase it here!

If you would like to check out our church, click here to look at visiting a campus. If you can’t be with us on campus why not check out my podcast?

Be sure to follow me on other platforms to keep up to date! 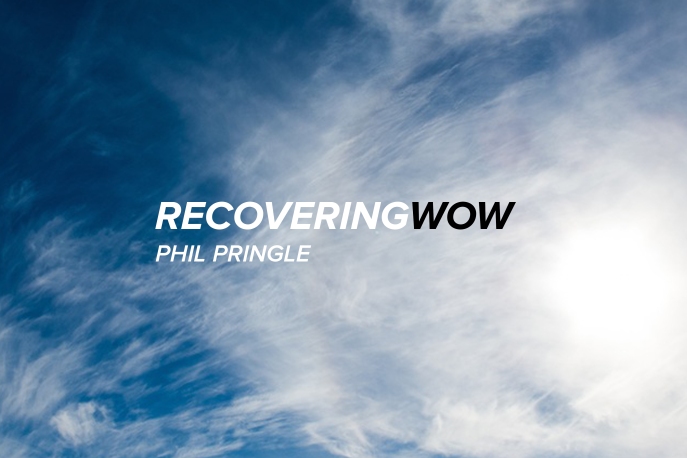 As we enter into this holiday season, the importance and true meaning of worship has been playing on my mind. Worship is the highest calling upon us – recovering the WOW factor is supremely important in worship so it’s not a drudgery, singing our way through religious songs. We need to recover our WOW so we can enter His courts with thanksgiving this Christmas season! Here is a short peice of prose I have written on recovering your WOW..

As we grow older we lose the WOW factor too easily. Jesus Christ told us we need to become as little children to enter the Kingdom of God. The wide-eyed wonder of children is worth recapturing. Our cynicism has emasculated our ability to celebrate. We’re too cool to get excited. Instead of being moved by the vault of an endless sky we’re complaining about how bright it is. Instead of stopping long enough to stare into the deep green of a lake we have to move on because there’s something we just ‘have to’ do. We’re only astonished by the terrible and the catastrophic. We’re suspicious of anyone appearing altruistic, questioning their ‘real’ motive. Once we used to marvel at new technology and inventions, but now we just complain ‘they are not fast enough, they need to make them smaller, bigger, and they need to be smarter’. What used to wow us at the movies is now passé. The entertainers, the movie makers, the sports people, the car manufacturers, the software makers, the advertisers all keep hyping their products with advertising, hoping to drill a hole in our crusty brains long enough to raise a small flame of curiosity and desire. And so our resistance to marking has grown hard and our capacity to see life through fresh eyes has dimmed. But we can change that. We can arouse WOW! into our lives, simply by thinking WOW! Simply by saying WOW! when someone tells us their story. By exhaling when we see the moon hanging in the sky. By dancing when we read a line from the Bible. By singing with the radio when we’re in traffic. We’ve let  being cool hijack our playfulness. We’d rather frown severe with the supermodels than rejoice with the repentant. It’s time to recover the wonder of worship. 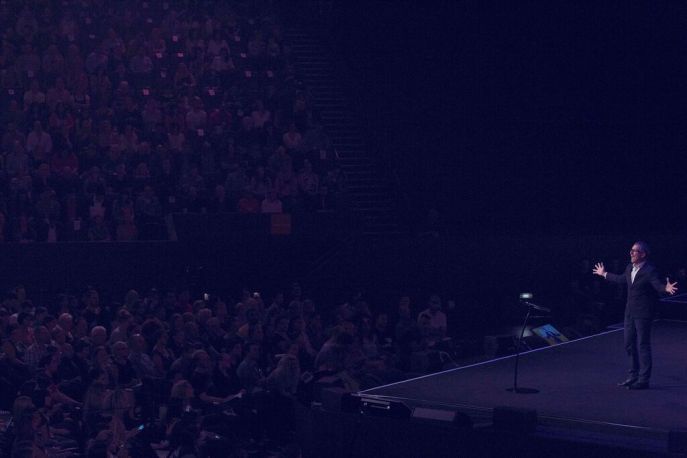 Our physical body cannot contact God. We can physically feel the presence of God, but this connection originates with our spirit. We can’t see Him with our natural eyes, or touch Him physically, or hear Him with our ears, or even taste or smell God with any of our physical senses. Our spirit is the God conscious part of our makeup. Just like our ears don’t see light, and our eyes don’t hear sounds, so our physical being, which includes our brain doesn’t know God. Just as our ears detect, discern and decipher sound, so our spirit is able to know God.

This ‘knowing’ of God is light to our inner man. This is revelation. This is light that enters our spirit. As this ‘light’ percolates into our mind from our spirit we grasp the truths of God. Truth liberates us. We begin walking in the light, not the dark.

John 8:32 And you shall know the truth, and the truth shall make you free.”

As long as we are ignorant of truth we are vulnerable to attack and destruction. The devil works under camouflage.

Hosea 4:6 My people are destroyed for lack of knowledge.

In the parable of the sower and the seed, Jesus reveals that those who fail to ‘understand’, the word, have the seed snatched from them by the devil.

After the American Civil War (1861-1865), Abraham Lincoln passed legislation that ended slavery and emancipated the captives. However, many of the slave owners ensured that ‘their slaves’, remained illiterate. They were forbidden to learn reading or writing. There were no books allowed in their cabins. This ensured they would remain ignorant of the fact that they had been set free. In the same way, the devil aims to block revelation knowledge entering our spirit, so that we remain spiritually illiterate. It is this ‘knowing’ that sets us free from the ‘facts’ according to the information of our age, and catapults us into New Testament realities. We must learn to walk by the knowledge of revelation in our spirit rather than by what our natural senses tell us. 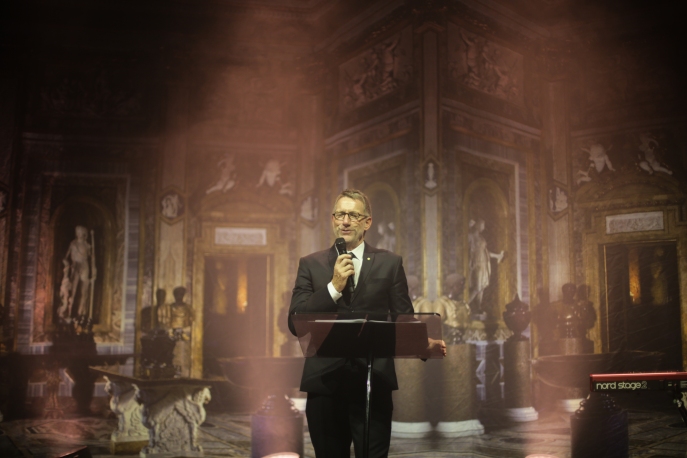 Romans 8:32 He who did not spare His own Son, but delivered Him up for us all, how shall He not with Him also freely give us all things?

This is easily one of the most powerful arguments of Scripture. (This also reminds us of that moment when Abraham did not hold back his only son also, showing God there was nothing he would hold back from Jehovah.) In the reverse of that thought we can understand that, if God will not withhold His only Son from us, then there is nothing else in Earth or in the Universe that He will or could withhold. To withhold anything else would be to say it had more value than His own Son.

Anything God gives us will never be worth more than Christ. We all have needs and desires. Is Christ worth more than the things we desire or need? Obviously! He is all I need. So God is delighted to fulfill our prayers and grant us the desires of our hearts. He will do this in His timing, His way. He supplies our needs and fulfils our dreams.

Virtually every page of Scripture recounts stories of God providing people’s needs. The Israelites received bread from heaven in the wilderness. Out of a rock poured water enough for three million people. Elijah camped by the brook Cherith and had food brought to him daily by ravens during a famine in Israel. Then when the brook dried up, God led him to a widow in Zarephath. This woman received the extraordinary miracle that her flour bin would never empty no matter how much she used. When the people listening to Jesus became hungry, he fed them, even though there were five thousand and he only had five barley loaves and two small fish. When Jesus needed money for his tax he told Peter to go catch a fish. In the mouth of the fish was enough money for all the disciples’ tax.

Again and again God provides for his people. Paul’s argument is that He will not withhold anything from us after giving us Jesus His Son.